How The Game Industry Growth

HOW THE GAME INDUSTRY GROWTH IN 2018

The Game Industry, recent innovations and technological advances have helped to improve the video game experience. Sound cards, graphics cards, faster processors and 3D graphics accelerators are some of the major improvements in the gaming industry for what we call today’s modern personal computers. The gaming industry is expected to grow to $ 90.07 billion in 2020. International sales of video games in 2014 were estimated at around $ 80 billion. The main world markets were China, the United States and Japan. In 2016, gaming revenues were $ 24.27 billion, $ 23.46 billion and $ 12.43 billion.

HOW ESPORT FORMED IN GAME INDUSTRY

The video game industry is very far from the video game machines of the ’70s and’ 80s Today we talk about eSports, social gaming, MMO (massively multiplayer online games) and gaming markets. mobile. The ESPORT markets are formed by professional players who participate in a multiplayer video game. Some competitions such as The International, League of Legends, Dota, etc. transmit the match live. During his career in e-sport, Peter Dager, a 25-year-old player, earned $ 2.62 million, making him one of the highest paid players of all time. 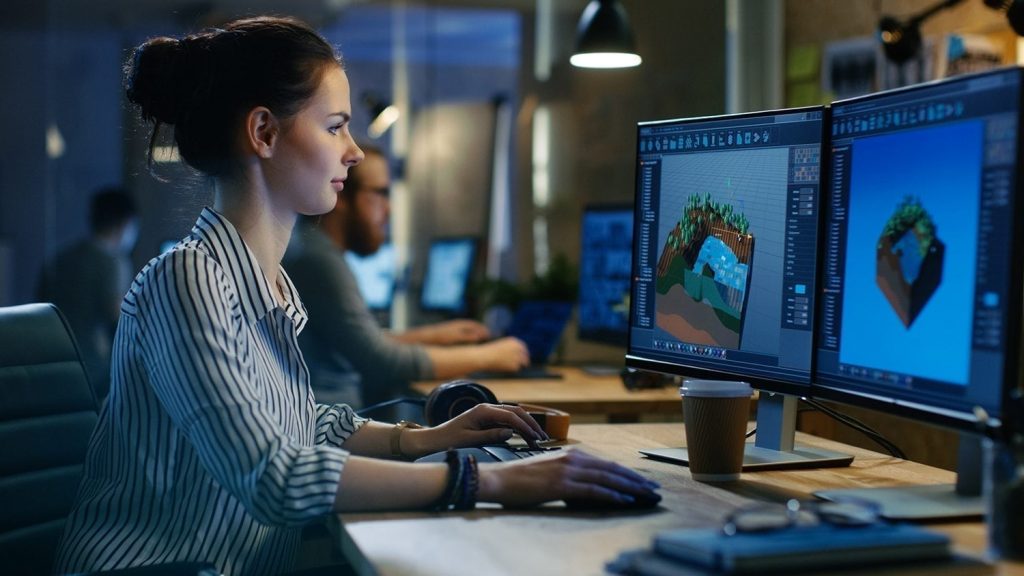 HOW ESPORT GROWTH IN US, EUROPE AND ASIA

The sector itself continues to grow at an annual growth rate of 40% – sales in 2015 amounted to $ 325 million and is expected to reach $ 1 billion by 2019. The number of occasional fans and viewers is estimated at 230 millions of people in 2013. In Asia, eSports’ market share is by far the largest, followed by the United States and Europe. Asia also dominates the social gaming sector with $ 2.27 billion in revenue and 500 million monthly active users, while its US counterpart generates $ 1.8 billion. Zynga (poker), King.com (chocolates), Nexon and Supercell are just some of the most famous companies in the region.

MMO GAMES HOW TO GROWTH

MMOG itself is expected to grow from $ 24.4 billion in 2014 to nearly $ 31 billion in 2017. Who does not know Blizzard’s World of Warcraft? For example, its membership base has been multiplied by ten: 1.5 million subscribers in 2005, compared to 12 million in 2010. The importance of mobile games can not be ignored. Parallel to the smartphone revolution, mobile gaming revenues reached 12.1 billion euros in 2016, representing 17% of total gaming revenues worldwide. In 2016, upgrade accessories were introduced (Oculus Rift, HTC Vive, PlayStation VR headphones, etc.) and software to offer consumers more choice, variety and accessibility.

How Game industry is booming with continued revenue

Samantha Greenberg, Chief Investment Officer and Managing Partner of Margate Capital Management, told CNBC that video game engagement is growing, which could generate huge profits for those interested in space. .

The technology also extends video content, products, virtual reality, special events and video game tournaments. This is part of how the industry is turning into a “recurring revenue model” and is taking advantage of the increased demand, Greenberg said.

“This means that the first purchase of a game is just the beginning of monetizing a game,” Greenberg said Wednesday at “Closing Bell”.

While the game industry was once a “very tailor-made company, tied to new versions of games,” he said, investors now have a “more predictable and more profitable revenue source”.

According to Newzoo’s global gaming market, players will spend around $ 138 billion this year. The research company tracks the use and trends of video games, mobile devices and export. This represents an increase of 13.3% over the previous year or an additional $ 16.2 billion.

Sports competitions are also increasing. PGI 2018 or PlayerUnknowns Battlegrounds, a game tournament, will bring competitors from all over the world to Berlin later this month to win a $ 2 million prize, the biggest in tournament history.

Greenberg predicts that the trend of video games will only increase as engagement with young people, women and campuses grows. He said that more than half of teenagers play video games every day for several hours. Video games are also cheaper to consume than cable TV or movies, he said.

Greenberg entrusted Take-Two Interactive, a videogame company, with the eighth CNBC conference on Wednesday, which saw Alpha in New York as the best market idea.

Take-Two Interactive has grown by over 60% in the last 12 months. Greenberg said the company’s ratings will continue to rise and set a price target of $ 176 for the company. This represents an increase of almost 40% compared to the current level.

Electronic Arts is another company to watch, says Timothy O’Shea, a video game analyst at Jefferies, who has set a target price of $ 155 for the title.

“The games are taking market share from all the other media,” O’Shea told Power Lunch on Friday. “Its growth is faster than that of movies and television”.

Meanwhile, Epic Games, developer of the Fortnite Battle Royale game last year, announced Thursday that it would generate more than $ 1 billion in revenue or sales during the game. data from the SuperData market research firm. The game can be downloaded and played for free. The success of the game is another sign of the fact that the video game industry is becoming more widespread, said O’Shea.

Greenberg explained that Fortnite specifically refers to the “genius of what teenagers and teenagers” is with its comic-like appearance and elements of pop culture.

In fact, the game “constitutes a complete user base in terms of in-game monetization and continuous purchases, even after downloading the original game”.